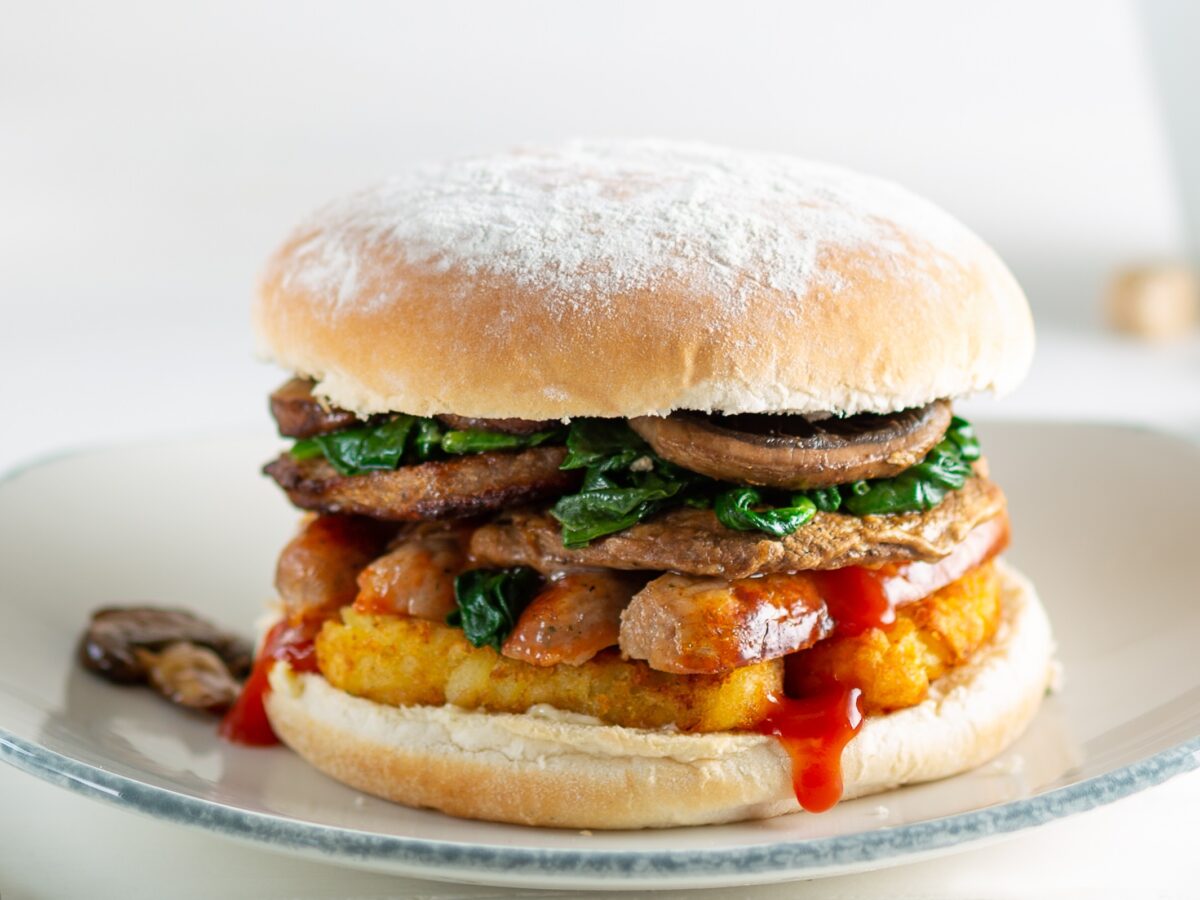 Cook the steak as preferred and leave to rest.

Grill the sausages until nice and brown and at the same time roast the portobello mushrooms until soft and slightly charred.

Deep fry (or bake) the hash browns until golden and cooked through.

Wilt a handful of spinach.

Starting with the hash browns on the base of the floured bap, begin building the sandwich. Sliced the sausages in half and place them on top of the hash browns followed by the steak, wilted spinach and mushrooms.

Top tip: To turn this into a vegetarian breakfast, simply swap the sausages and steak for vegetarian sausages, large sliced beef tomatoes or halloumi. 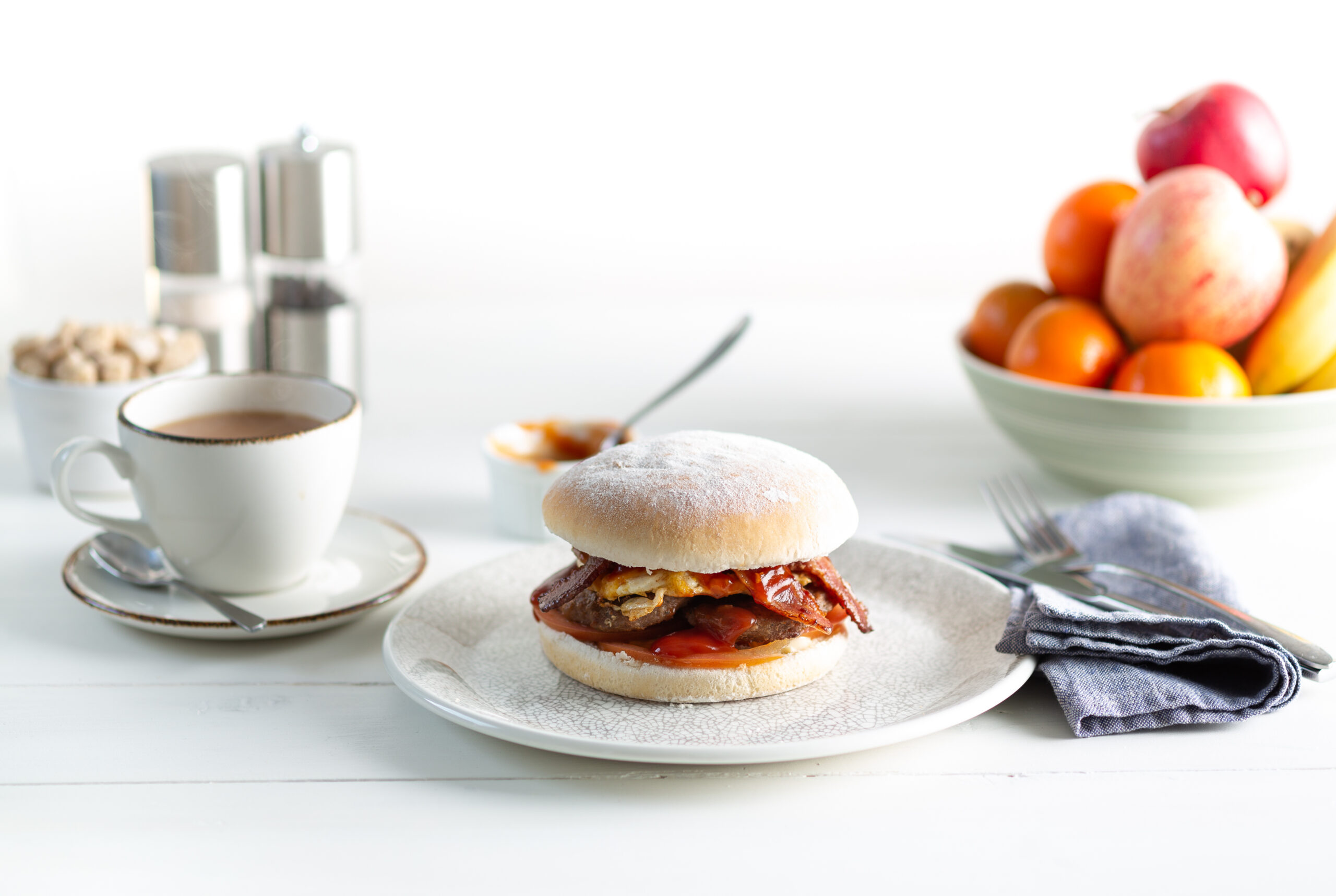 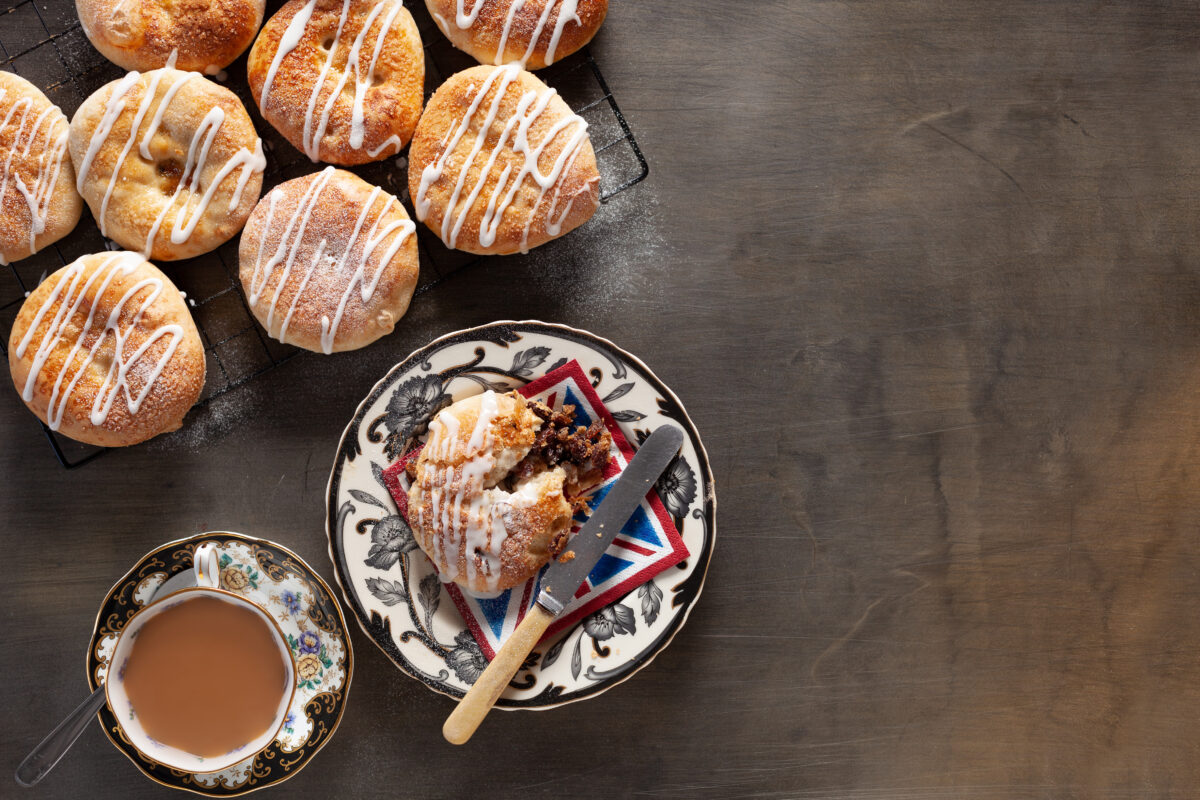 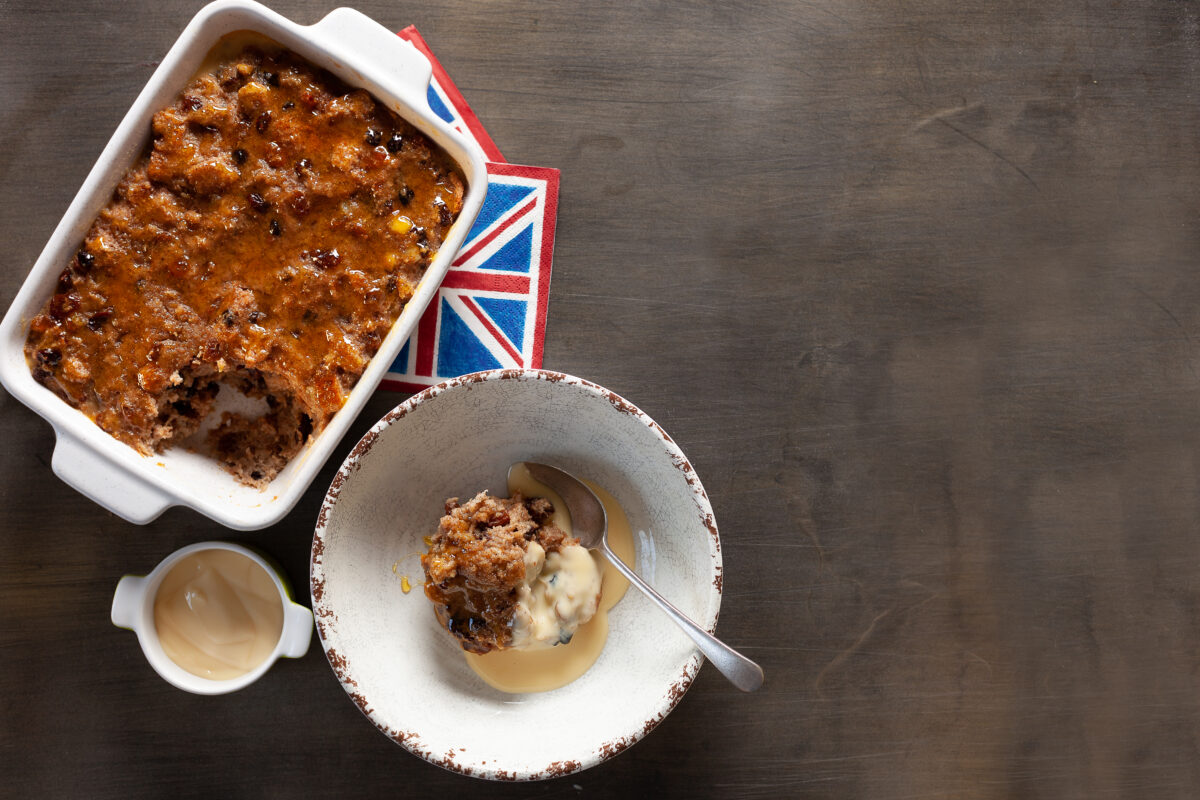